Justice and peace initiatives, along with caring for creation, involves using our voices to stand up against the injustices in our community and in the world.  In order to do this, our sisters minister with those who have a need, attend rallies, write letters and make phone calls to government officials, take corporate stands, and much more. We look to and support the Franciscan Action Network (FAN) as a collective Franciscan voice amplifying St Francis of Assisi and his call for compassion for the poor and for creation over 800 years ago. Why do we engage in Justice and Peace Issues?

As Sisters of St. Francis, part of our mission states that we “respond with diverse gifts in a spirit of collaboration and of mutual service to the needs of others, especially the economically poor, the marginal, and the oppressed. Seeking to participate in the Spirit’s action in the world, we direct our personal and corporate resources to the promotion of justice, peace, and reconciliation.

The Sisters of St. Francis of Philadelphia voted to take corporate stands against gun violence, the death penalty, war, and human trafficking, along with one for immigration reform and for care for creation. We stand firmly grounded in Catholic social teaching and in our Franciscan heritage and tradition. These corporate stands act as concrete ways of affirming our belief in nonviolence and on taking “the necessary steps to be a healing, compassionate presence in our violent world, especially with…those who have no voice.”  Our Corporate Stands 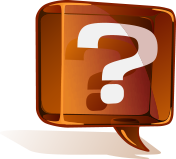 National Gun Violence Survivors Week (February 2-9) is a week focused on sharing and amplifying the stories of gun violence survivors who live with the impact of gun violence every day of the year.  However, it is also important that we consider this issue 365 days of the year.

February marks the approximate time that gun deaths in the United States surpass the number of gun deaths experienced by our peer countries in an entire calendar year. Tragically, America’s gun death rate is 11 times greater than that of our peer countries. Throughout the National Gun Violence Survivors Week, gun violence survivors— including those who have witnessed an act of gun violence, been threatened or wounded with a gun, or had someone they cared for wounded or killed with a gun—share their stories using the hashtag #MomentsthatSurvive, to represent the moments and memories that endure for survivors after experiencing gun violence. These stories can be heard and shared in every city throughout our country.

The Facing Racism Task Force would like to suggest few ways during this month to remember and celebrate together the contribution of African Americans to our nation as well as to be more aware of the sin of racism that still exists among us. Justice, Peace, and
Care for Creation The Sisters of St. Francis Foundation © 2021 The Sisters of St. Francis of Philadelphia